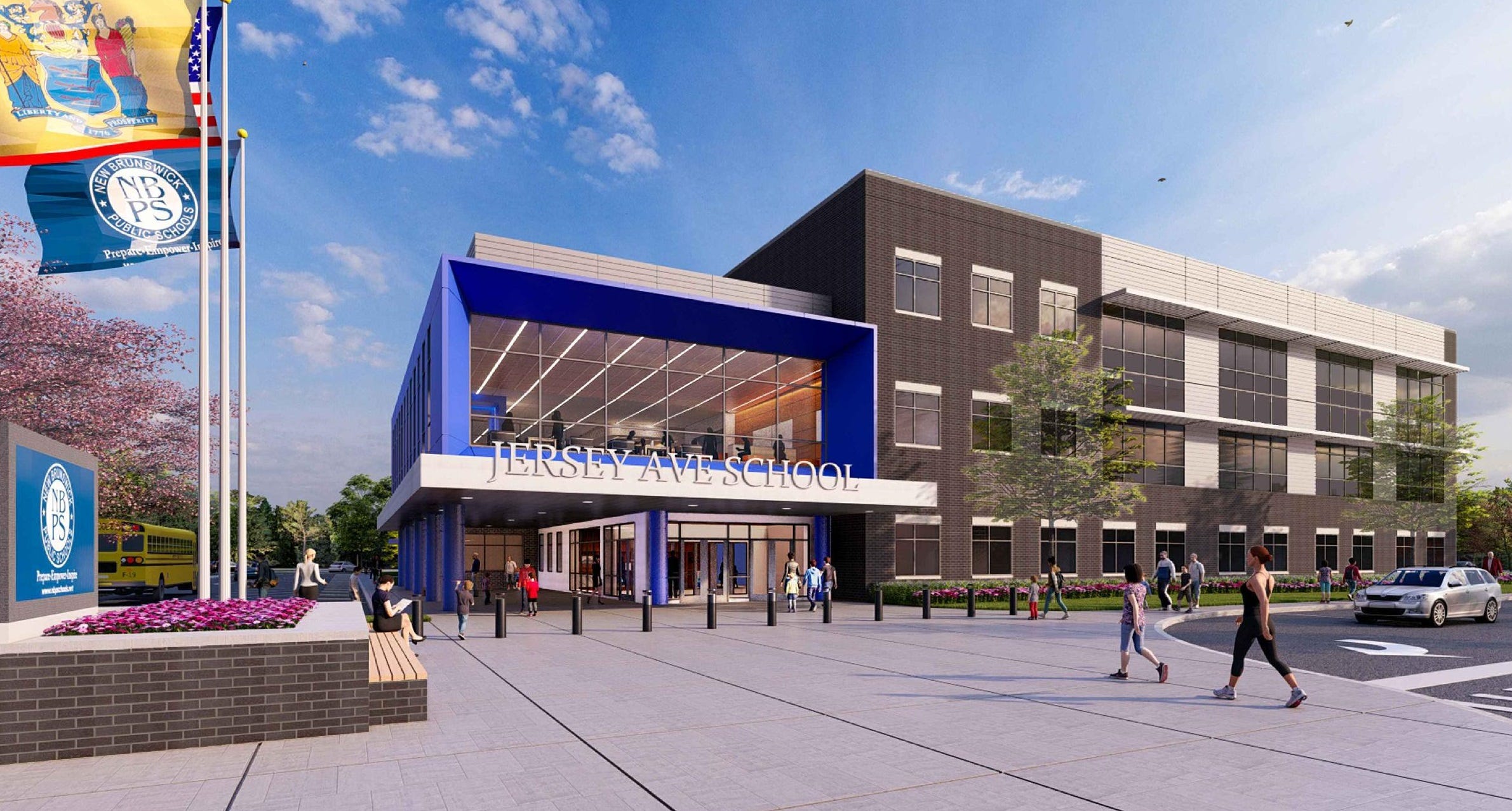 A groundbreaking is scheduled for Wednesday for a new $55 million elementary school on Jersey Avenue in New Brunswick.

NEW BRUNSWICK – Groundbreaking is scheduled next week for the state-of-the-art elementary school to be constructed on Jersey Avenue.

The new three-story, 127,400-square-foot school at 50 Jersey Ave. will house students in grades K-8. The groundbreaking is scheduled for 11 a.m. Wednesday.

The new school will replace Lincoln Annex School, the former St. Peter’s High School and Elementary School, which is being demolished for construction of the state’s first free-standing cancer hospital.

The demolition should be completed in about a week, said Christopher Paladino, president of New Brunswick Development Corporation or DEVCO, the nonprofit redeveloper for the projects.

“It will take us another several weeks to get all the debris sorted and off the site,” he said. “Our plan is to start doing excavation at the site on June 6.”

The new school will include approximately 14,000 square feet of outdoor playground space in the center of the site. The school also will have a gymnasium, cafeteria and a multi-purpose room with a stage.

There will be 55 classrooms, including 43 general classrooms.

The school will house up to 1,100 students, Paladino said.

“We want to get the new school done right, but as quickly as possible,” he said. “It’s going to be an extraordinary addition, not just to the school district and the children, but to the community. It’s going to be designed as a community school, like most New Brunswick schools, which are open to the public for a variety of other uses.

“We have found where we have built schools they really go a long way to improving the neighborhood. The Lord Stirling School transformed the upper George Street area, and this will have the same impact on Jersey Avenue.”

As part of the transaction, RWJBarnabas transferred $55 million into a trust account that will pay for the construction of the new school. Edgewood Properties CEO Jack Morris donated the land for the new school.

Upon completion, the school will be conveyed to the city school board.

The new school is expected to open in the fall of 2023. Paladino said.