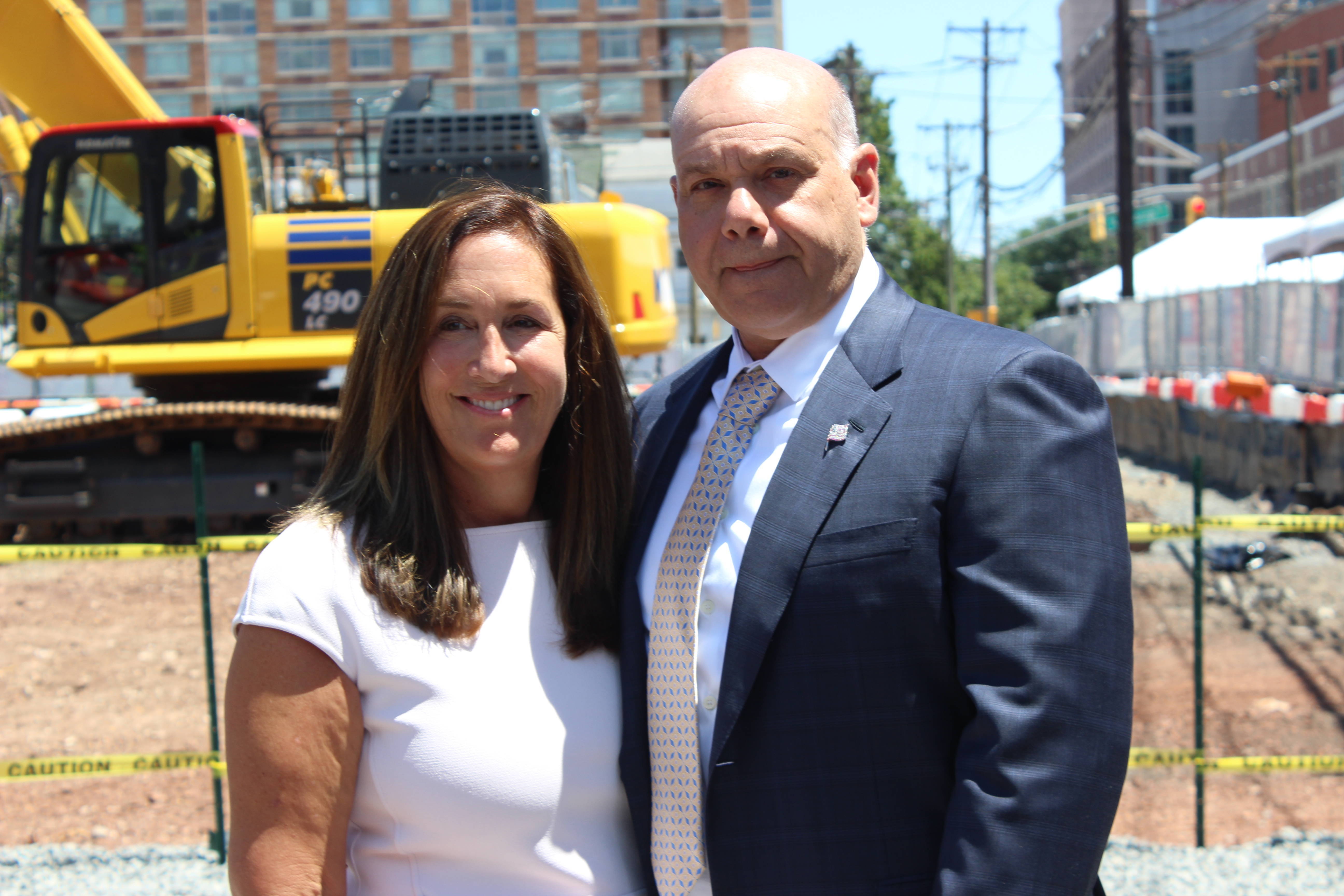 NEW BRUNSWICK, NJ – Jack Morris is a modest man who sees himself as a kid from Highland Park who’s done good.

Thursday’s announcement that his name will adorn the state’s first free-standing cancer center, however, is a great source of pride for his parents.

Being able to drive across the Albany Street bridge, look up and gaze at The Jack and Sheryl Morris Cancer Center left Gloria and Ray Morris speechless at Thursday’s groundbreaking ceremony on Somerset Street.

Morris has been a driving force in almost every part of the $750 million project, which boasts as its centerpiece a 12-story hospital that will provide 519,000 square feet of state-of-the-art cancer care and cutting-edge research.

The Robert Wood Johnson University Hospital Board of Directors Chairman and CEO of the Piscataway-based Edgewood Properties also donated the 4.5-acre tract that will be home to the Blanquita B. Valenti Community School – a replacement for the Lincoln Annex School that was razed to make way for the cancer hospital.

Despite being one of the owners of the Hard Rock Café in Atlantic City and bringing many other construction projects to life, Morris isn’t accustomed to being in the spotlight. In fact, when RWJ Barnabas Health President and CEO Barry Ostrowsky introduced Morris at Thursday’s event, he noted that he’s not much of a public speaker.

That didn’t stop Morris from speaking from the heart. At one point, he cracked up the audience that included Gov. Phil Murphy, Mayor Jim Cahill, Rutgerts President Jonathan Holloway and many other officials when he said: “As I sat here, I thought about, ‘How quick can we get this tent down, get this stage out of here and get everybody back to work?’” he said.

Some quick background: It was Ostorwsky’s idea to name the hospital after Morris and his wife of 29 years. The plan to build the cancer pavilion, as it was called then, was unveiled at a press conference about two years ago.

However, Morris traced the idea to build the hospital to the interview he had with Dr. Steven Libutti before he was hired to become the Rutgers Cancer Institute of New Jersey’s senior vice president.

“I said, ‘What would it take for you to come here?’” Morris said. “And he said, ‘I want to build a world-class cancer institute.’ I said, ‘We’re going to do this.’ He was probably thinking, ‘Ahhh, is this guy full of (crap) or not?’ But I said, ‘Check me out. My reputation proceeds me.’”

Morris’ reputation was forged from humble beginnings. His mother said he wasn’t a great student, “but he was very busy in his mind thinking all the time. He was very mechanical.”

He took some advice and started building single family homes. As legend has it, he borrowed money from his grandfather to buy a bulldozer to build his first house.

Morris said part of the reason he was driven to make the cancer hospital a reality was his own connection to the disease. He’s been thinking of his grandmother, Gloria’s mom, who was treated for cancer in New Brunswick.

“For me, it was hard to just think about who I am and where I came from, having my name on the building,” he said. “I don’t look at that. I look at all the good things we’re going to do and hopefully it motivates other people do great things.”