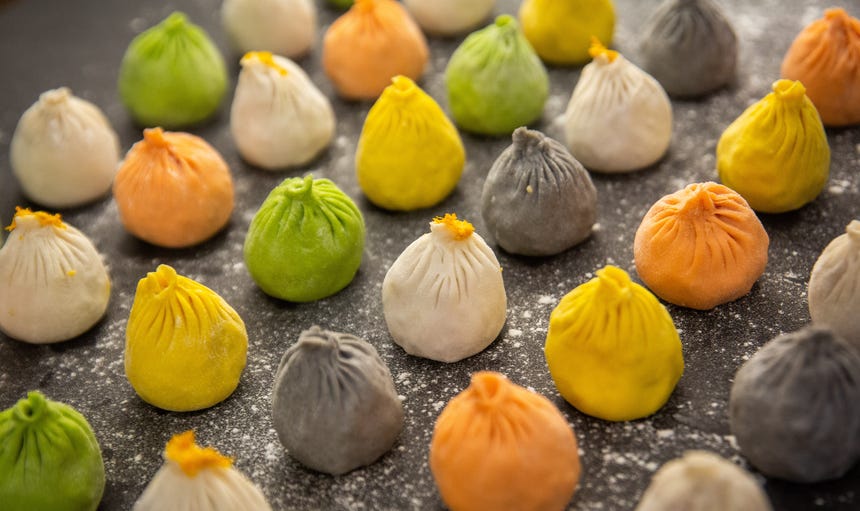 Cherry Hill will be the second location for the restaurant, which has served Shanghainese food in Flushing, Queens in New York City, for about 15 years.

Zheng initially had planned to open in Center City as a 20-year resident of Philadelphia. But he considered the pandemic’s effects on the city environment and decided to follow the flow of people in Cherry Hill.

“Because a lot of people will work in Philadelphia but live in South Jersey,” Zheng said. “It’s (Cherry Hill) pretty close to downtown Philadelphia … and has the easy parking.”

Joe Morris, executive vice president of M&M Realty Partners, said they have been “seeing an unprecedented” number of additions.

Along with Nan Xiang Xiao Long Bao, a lease for Crumbl Cookies has been signed and that business will open in early 2022.

Spread Bagelry, the Philadelphia-bred/Montreal-style bagel shop, is also headed to the shopping center. Morris said they are “working on it and excited about its opening.”

Sugar Factory is still in the works. Morris said it is in the contracting phase. The Cherry Hill location will be one of 15 new Sugar Factory locations scheduled to open in the near future.

Then at the start of 2021, leases for national food chains Chopt Creative Salad Co., a salad and grain bowl eatery, and &pizza, known for its oblong-shaped pies, were signed.

Soup dumplings are on the menu at Nan Xiang Xiao Long Bao in Flushing. Guests can choose from a large selection of steamed broth-filled buns.

With comfortable wooden chairs and tables and red accents throughout the interior, guests can enjoy their soup dumpling experience in a stylish space.

Zheng is no stranger to the restaurant industry or South Jersey, as he owns Ten Asian Food Hall across from the shopping center, 40 Tsaocaa Bubble Tea shops and nine restaurants in the Philadelphia area.

So expanding in an area he considers home made sense to Zheng.

“I know the area … I can see that as my second hometown,” Zheng explained. “So I’m trying to bring it to my hometown. And I think that’s better than me bringing it to Florida, Miami, cause I’m not familiar with that area, with that city.”

For Manalapan couple Karen and Darrell Doucette, Garden State Park was the spot for their second Crumbl Cookies location.

“We were just researching areas and Cherry Hill is just an awesome area,” Karen said. “There’s great shopping there already so we thought Cherry Hill would be a great place to bring it to.”

The Douchettes plan to open their first location of the cookie franchise, known for its long list of flavors, in Ocean Township on Dec. 16. They plan to open the Cherry Hill location in February or March 2022.

The shop will have its signature look with a white, black and pink color scheme. There will be six flavors on the menu with milk chocolate chip, chilled sugar cookies and a rotation of about 250 different flavors.

Karen looks forward to guests trying out the cookies and having the same “memorable experience” she had “eating those cookies.”