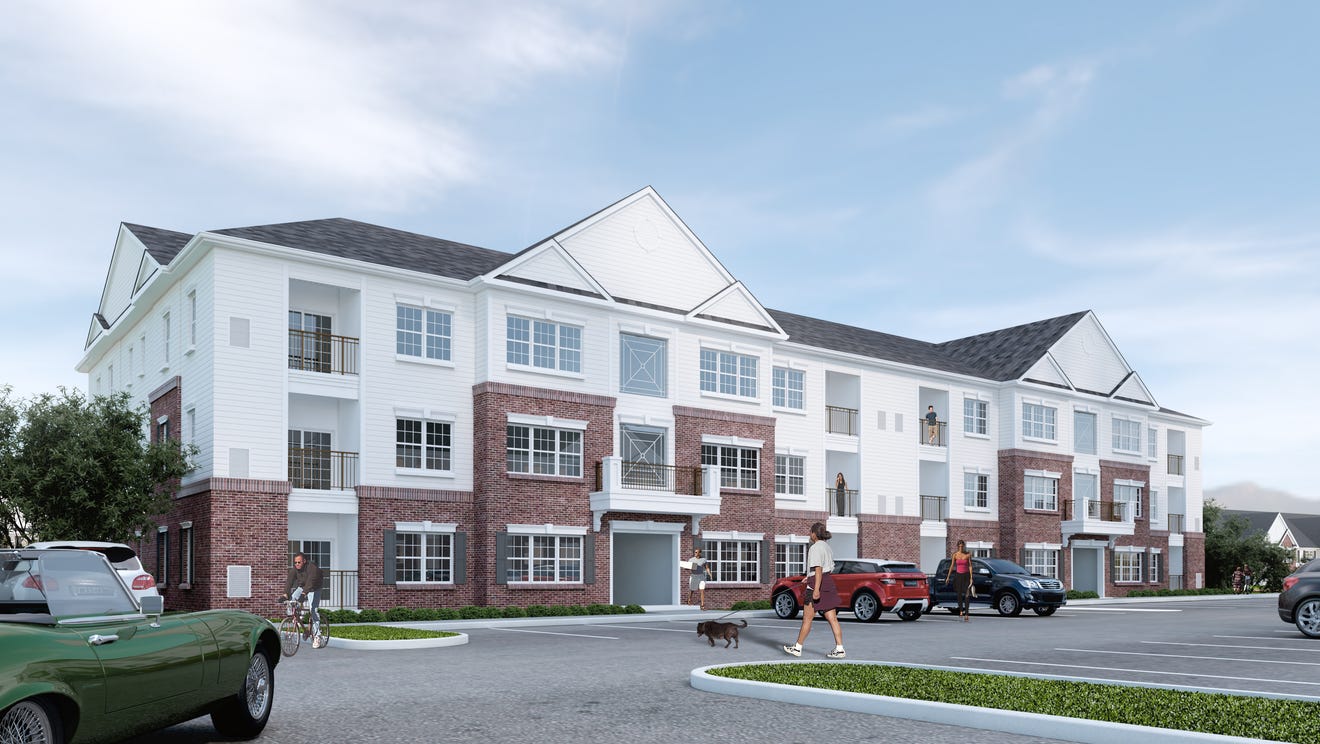 The Lofts at South Toms River will include 360 apartments and a Marriott Hotel.

SOUTH TOMS RIVER – Edgewood Properties has broken ground on a 360-unit apartment complex behind the Wawa off Dover Road.

The project will also include a 100-room Marriott Hotel. Some of the apartments will be set aside for veterans.

The long-anticipated project received the green light in December 2018, when the Borough Council approved a 30-year tax abatement for the project.

The controversial 30-year tax agreement — or payment in lieu of taxes — with developer M&T at STR Urban Renewal LLC allows the builder to make annual payments to the municipality that will be based on a percentage of the revenue generated by the project, instead of traditional property tax payments.

The 14-acre site where the project will be built was declared a redevelopment area by the borough, allowing the governing body to approve the tax abatement.

“This project was a long process, involving many governing body members and professionals. This is a significant improvement in our town that will continue to benefit our community for decades to come,” Murray said in a prepared statement. “We welcome the Lofts to South Toms River, and look forward to the next chapter in community improvements.”

Jack Morris, whose Edgewood Properties has built luxury rental communities like The Pointe at Neptune, Gabrielle Run in Toms River, and The Edge at Matawan, is the developer the borough has been working with on the project, Borough Administrator/Clerk Joseph Kostecki has said.

An analysis released by the borough estimated that M&T would pay a total of about $16 million in “service charges” to South Toms River over the 30-year life of the tax agreement, with about $1.9 million in service charges going to the Toms River Regional school district, and $1.2 million to Ocean County.

The developer will pay taxes on the property, but not on any improvements to the land, according to the tax abatement agreement. Payments for land taxes will be applied as a credit against the annual “service charge” for the following year.

The 360 rental apartments will include one- and two-bedroom units, Administrator Kostecki has said. Adjacent to the apartments will be the Marriott, which will feature a banquet hall and restaurant.

There are also two retail pad sites on the property that will accommodate two businesses, each 4,200-square-feet.

The entire property will be gated and have 24-hour security, Kostecki said. Residents of the apartments will have access to the Marriott’s swimming pool and other amenities. There will also be a 6,000-foot clubhouse on the property, for residents to use.

Edgewood Properties’ website for The Lofts at South Toms River describes “Ocean County Living at its Finest,” and notes the apartment complex will be “minutes from Beaches, Shopping & Dining.”

During discussions about the project held several years ago, residents raised concerns about increased traffic and about the tax abatement granted to the developer. When Mayor Greg Handshy was elected in 2018, his platform included stopping The Lofts at South Toms River project.

But Handshy said the decision by the outgoing administration to approve the tax abatement agreement with M&T at a special meeting in late December 2018 made it almost impossible for him to stop the project.

“I’m sorry to say that there is not much I can do to stop the project now that the wheels are rolling,” Handshy said in January 2019. “I can only hope that it will be success. I am still opposed to the density.”

Toms River’s town council recently approved the construction of two, 10-story apartment towers proposed by the township’s designated redeveloper, Capodagli Property Co. The project, to be located on Water Street by the Toms River, will include 285 apartments, a restaurant and retail stores.